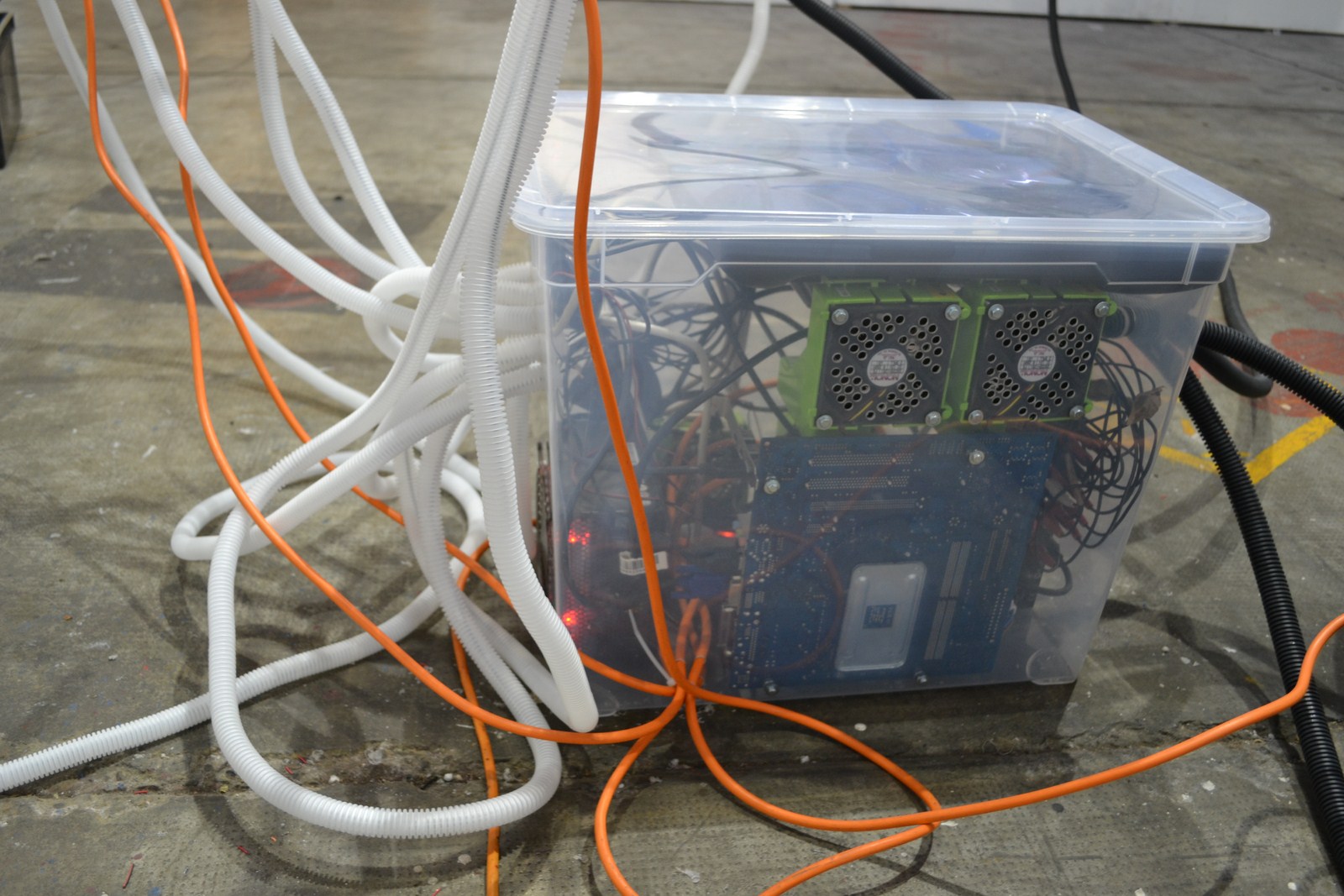 Information system around the brain machine: a computer sends a sound signal via a sheath to a box which embeds a transducer speaker, the sound is spread by vibration, another sheath retrieves this information, transits it to another box equipped with a piezo microphone and goes back to the computer that will reprocess the audio signal into midi data to generate a sound and send it to one of the eight hp in a random manner.

The machine breathes alone by a form of data feedback, but if a person comes to touch the system, the device responds to the intensity level: it rushes to a possible breaking point (too much data to treat, and bug)

Each information has its color, so the electricity, the outgoing and incoming data of the machines, the vibration are identifiable and structure the installation.

Computer is the central element of the installation, a transparent box invite to see all its components as well as the screen that displays the software used, "Plogue bidule", a modular synthesis system including the graphical interface is directly related to the installation. 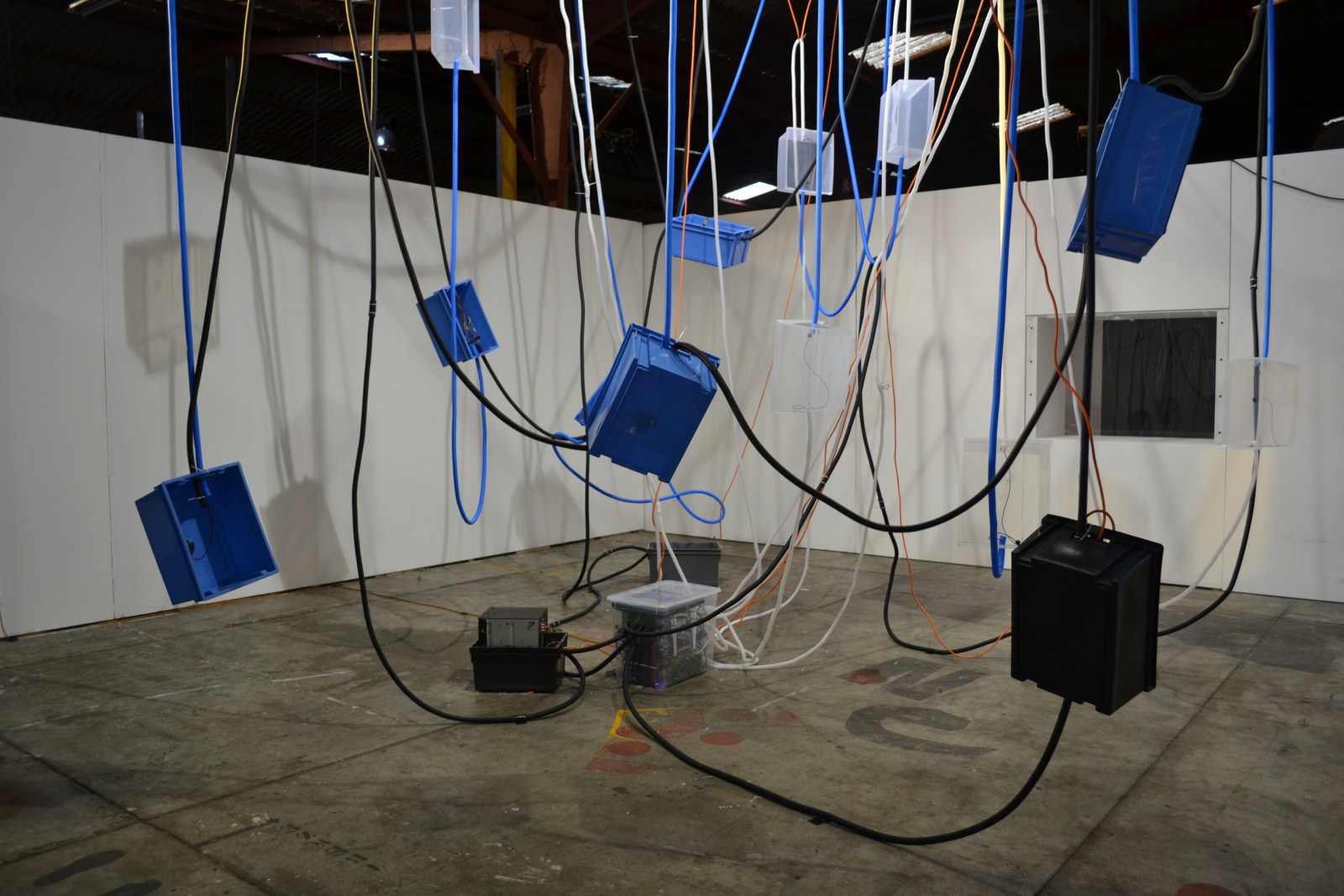 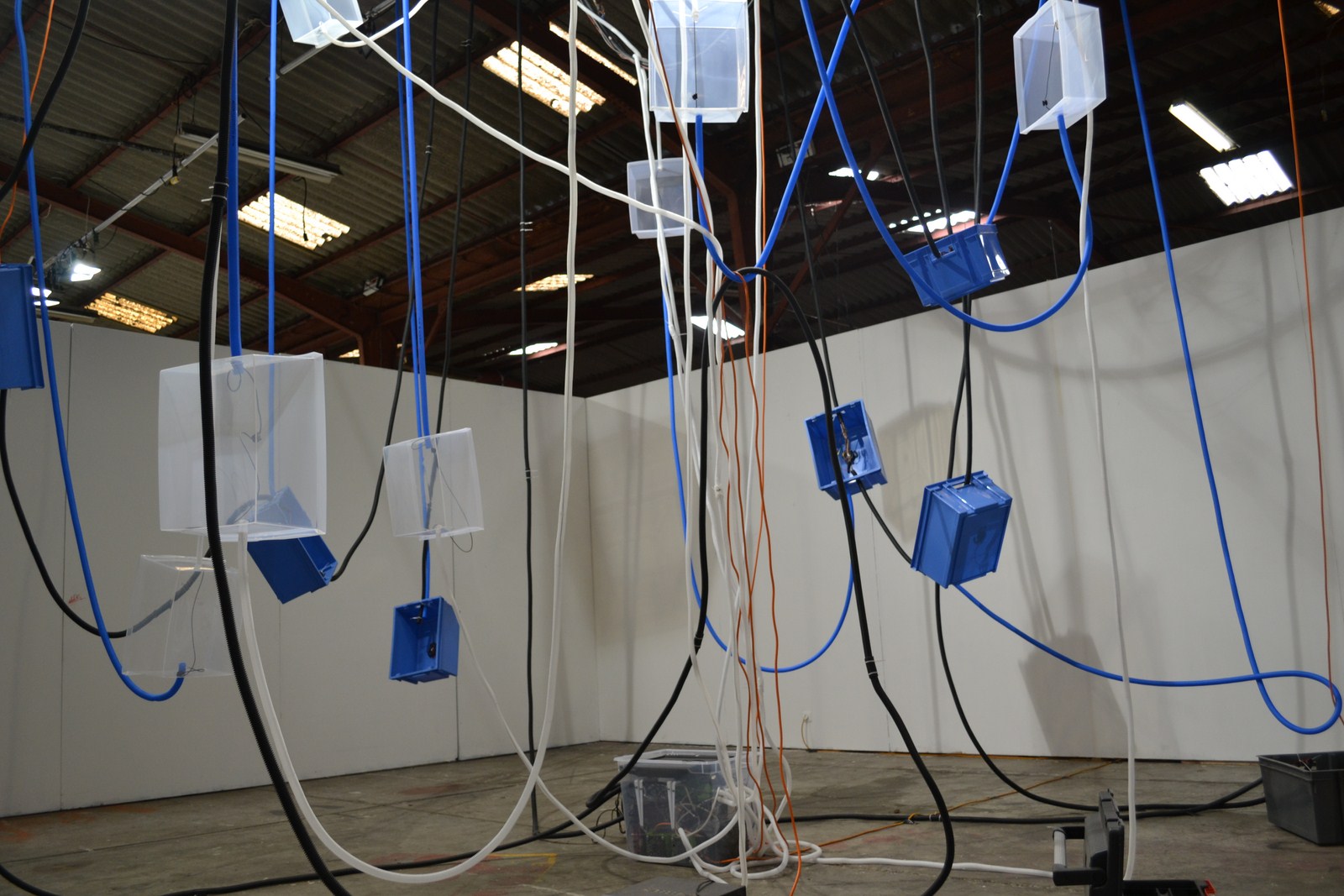 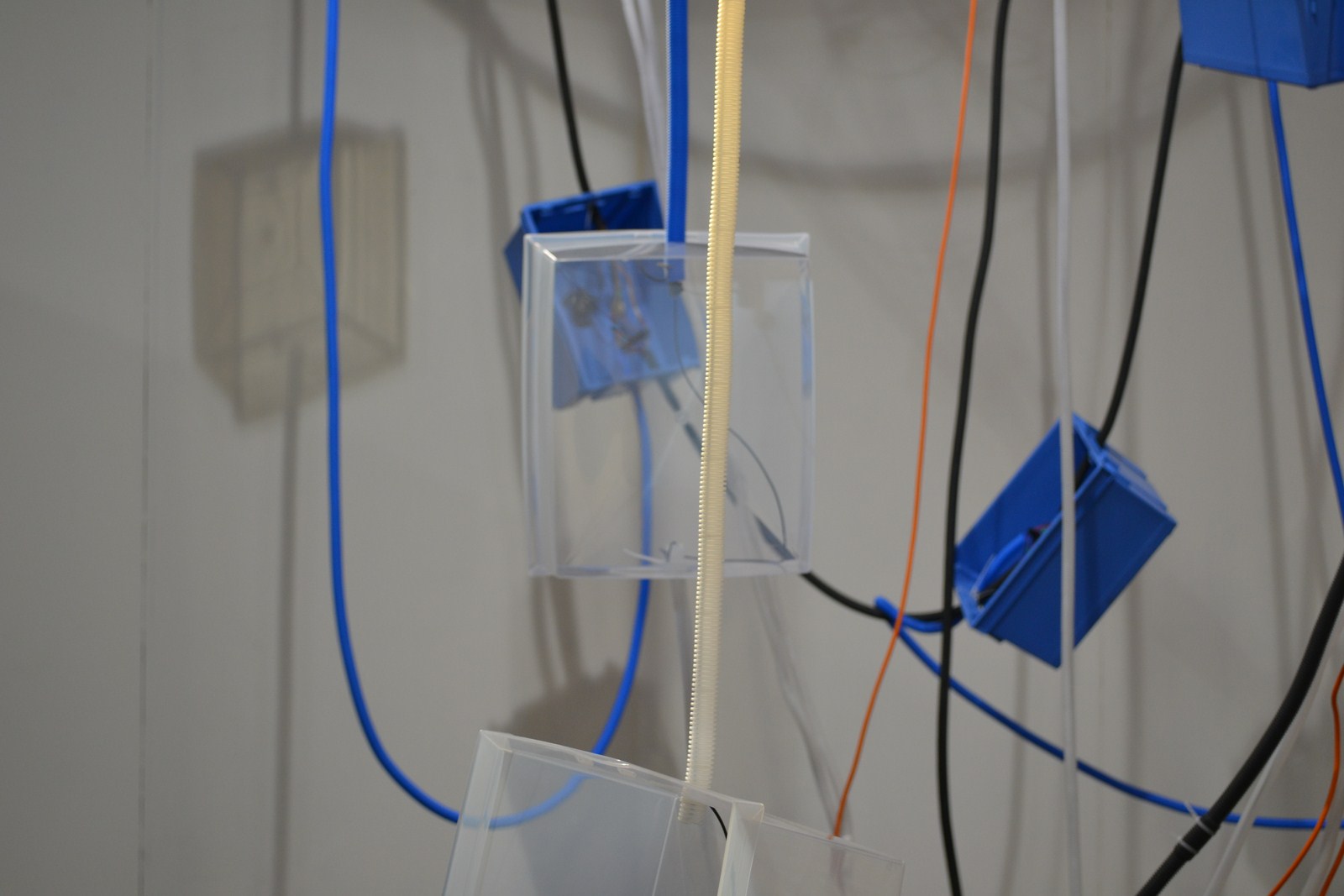 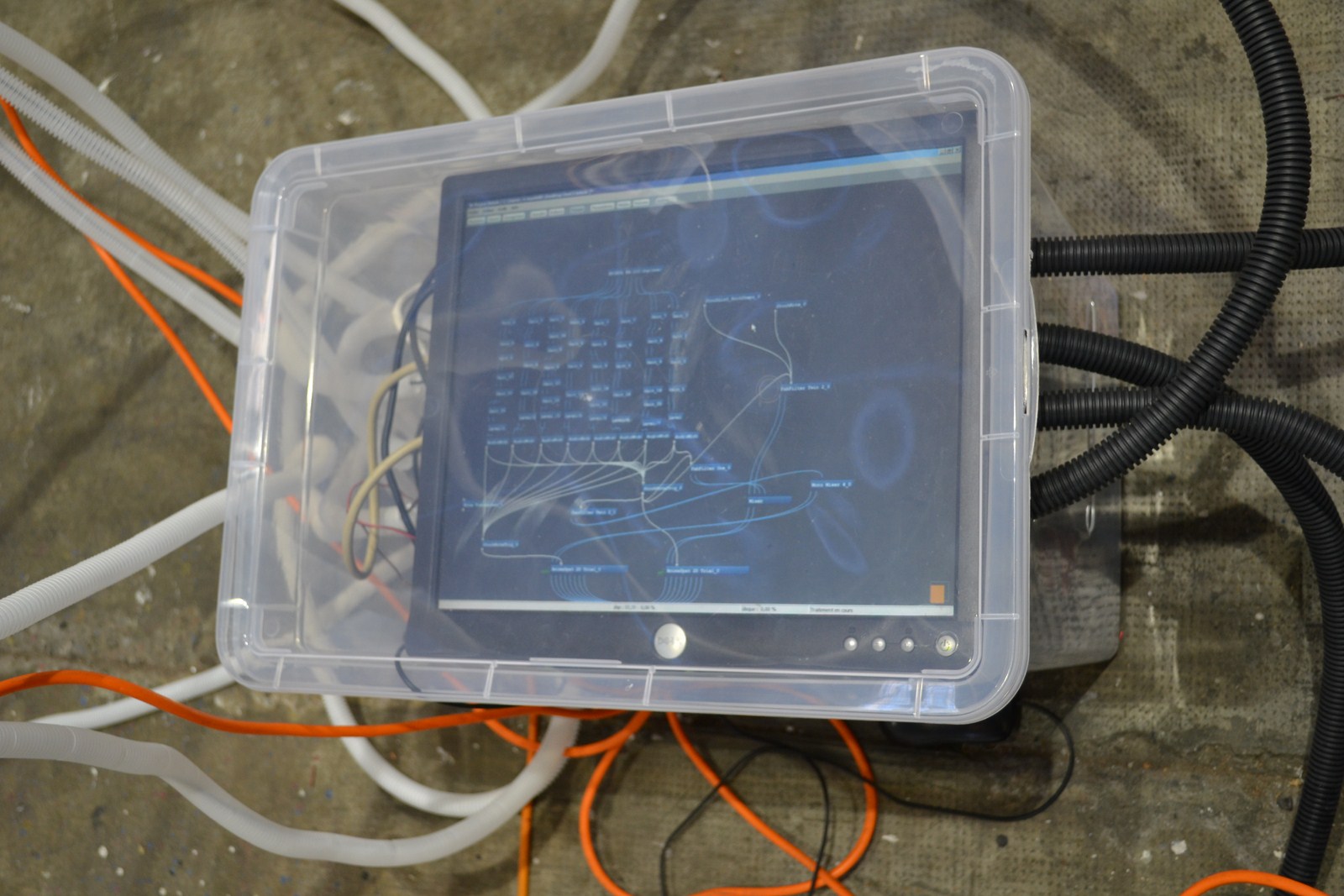