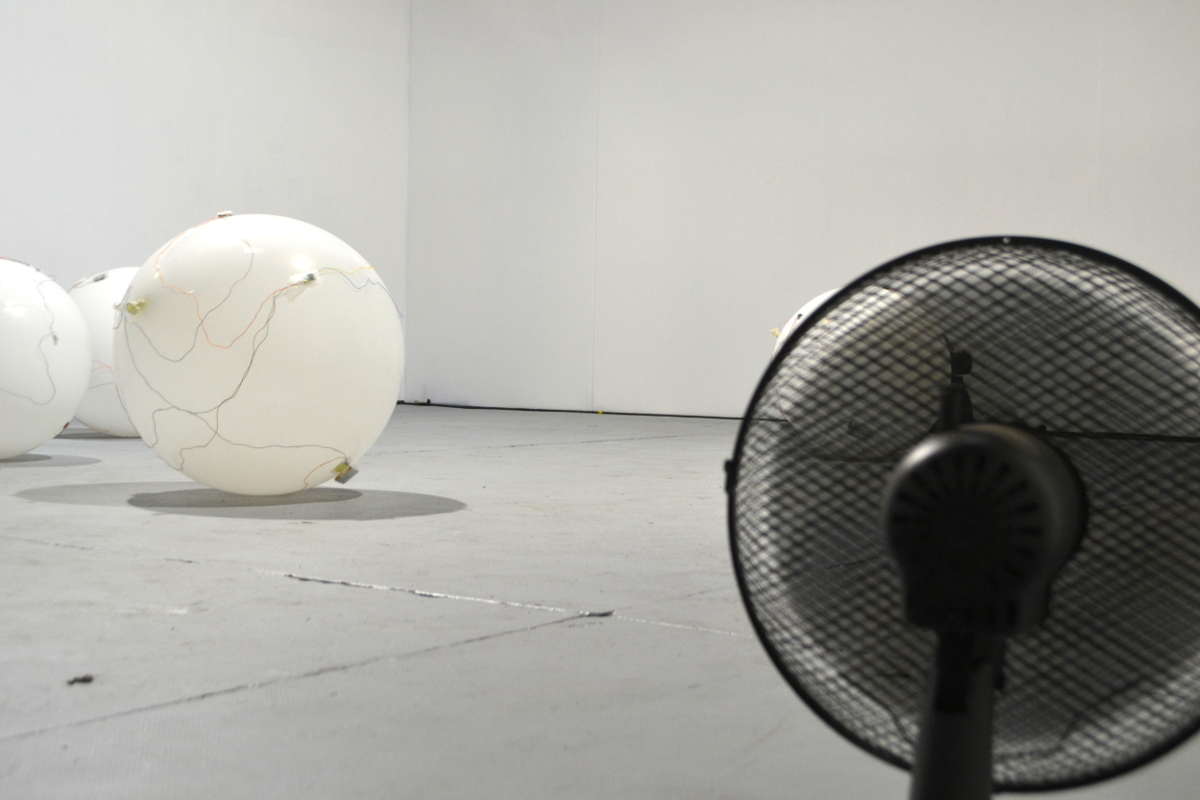 Several fans blow the air in an asynchronous way creating flows that move balloons into a chaotic dance.
They all carry an autonomous sound device: a nano computer runs a sound synthesis software, whose multiple possibilities of variations are managed by accelerometers that interpret the movements into modulation.
Transducer speakers are stuck on these balloons which transforms them into emitting membrane of sound.
Unlike the "classical" system of sound spatialization, which consists in simulating the movement by volume variations, the idea of Air Spat Synth is to process dynamically the sound motion: the movement of the speakers themselves emit and transform the sound. 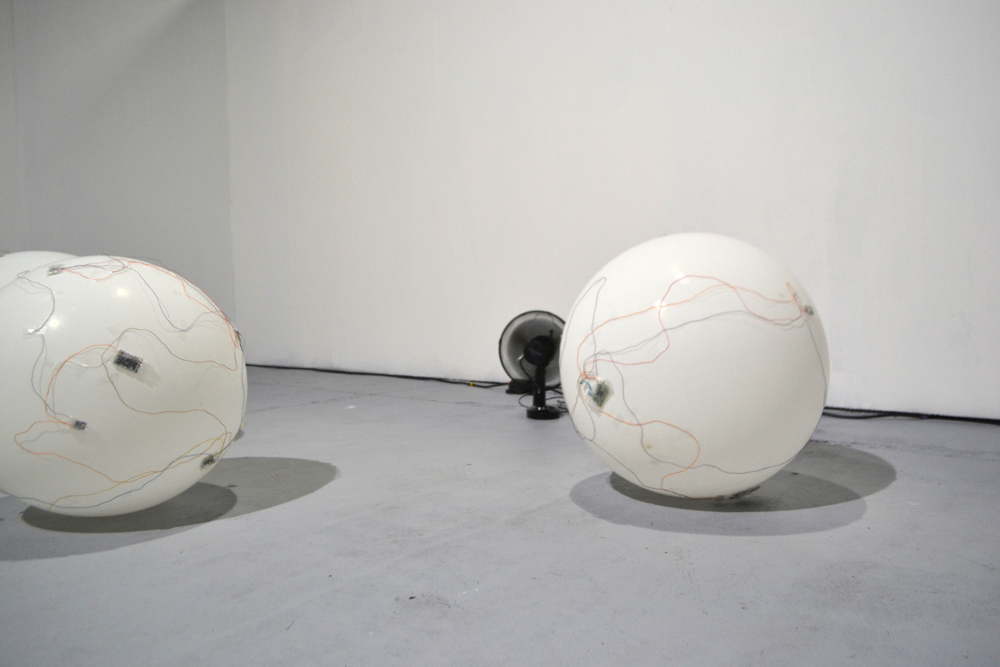 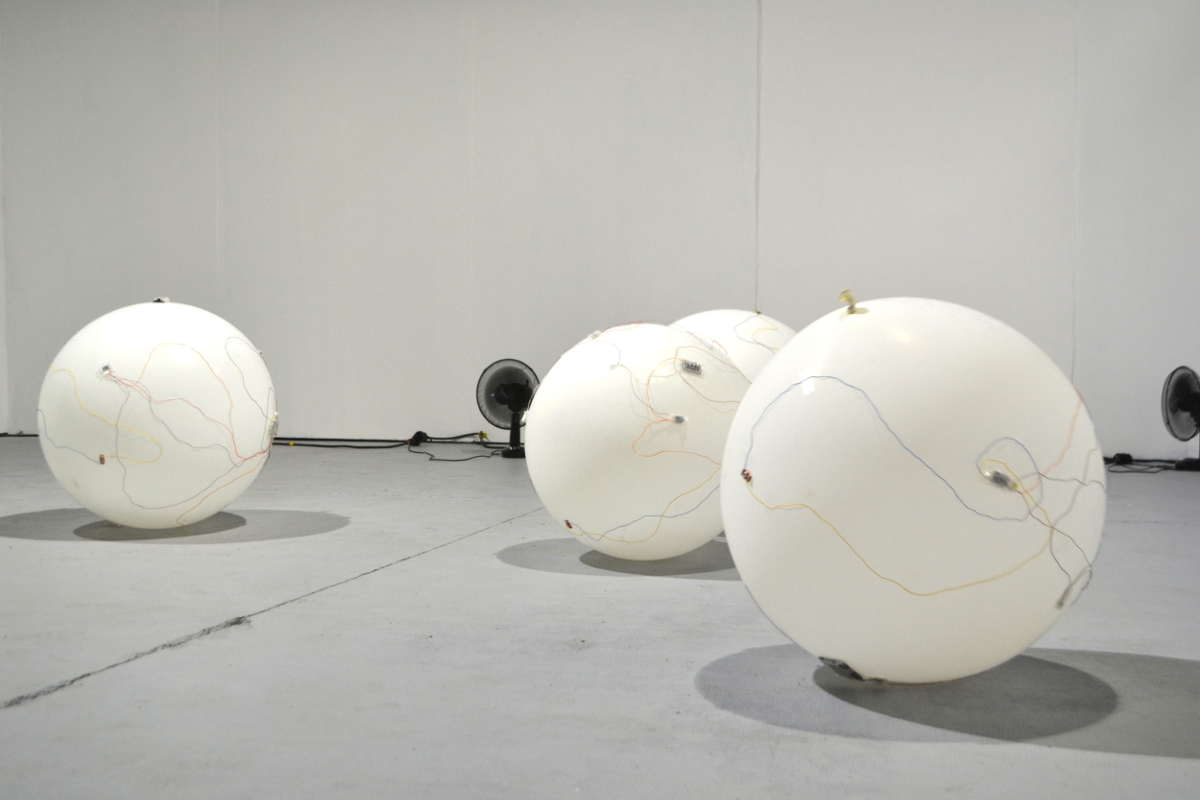 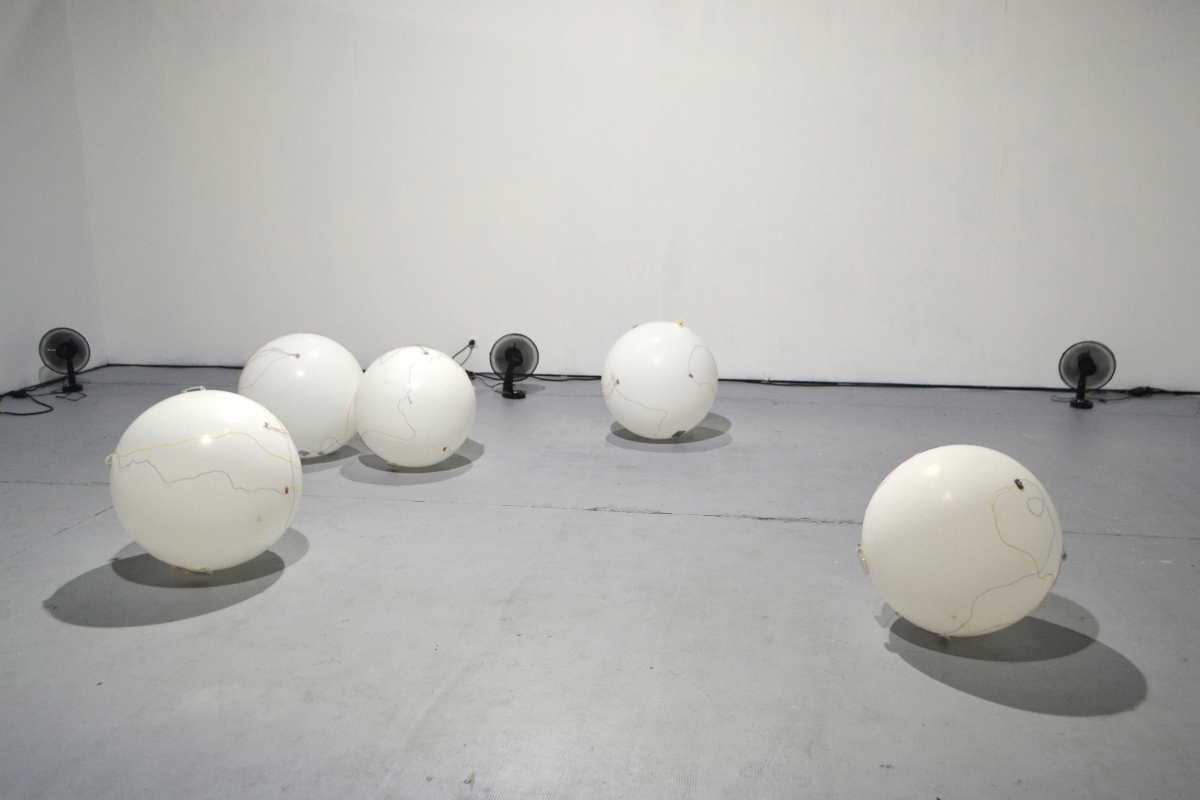 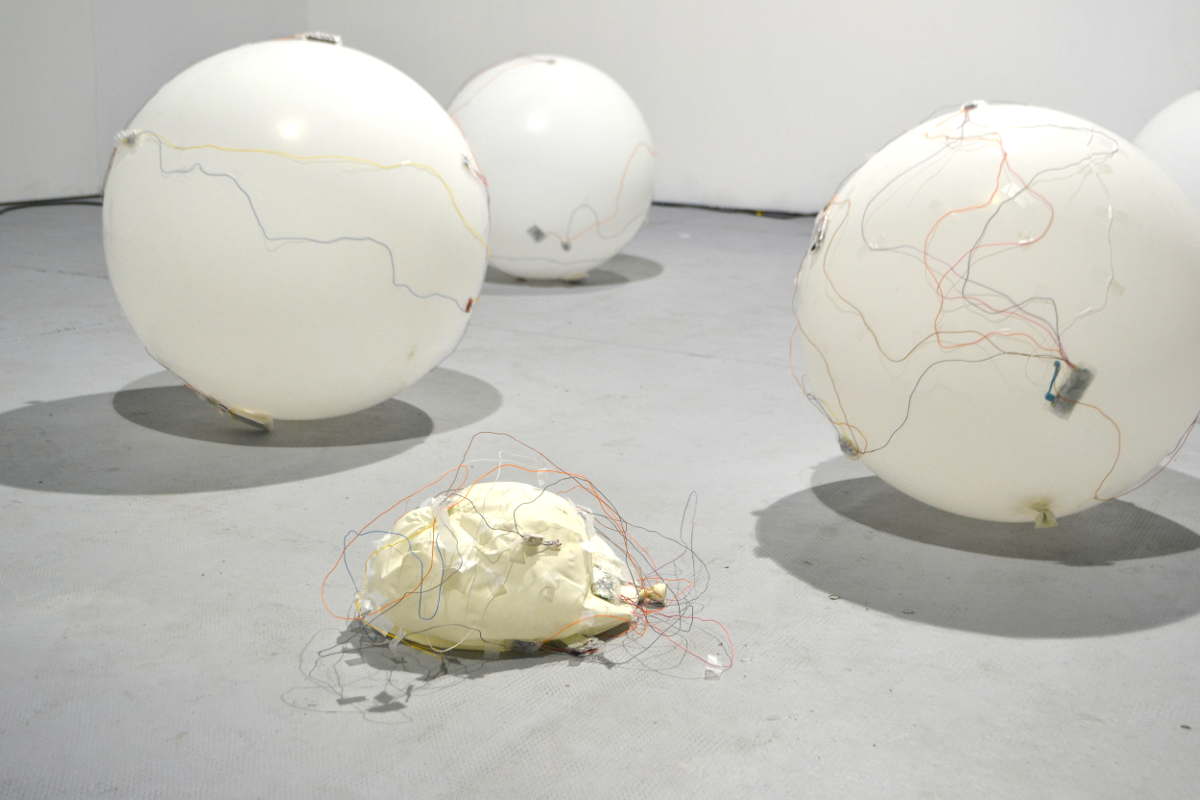 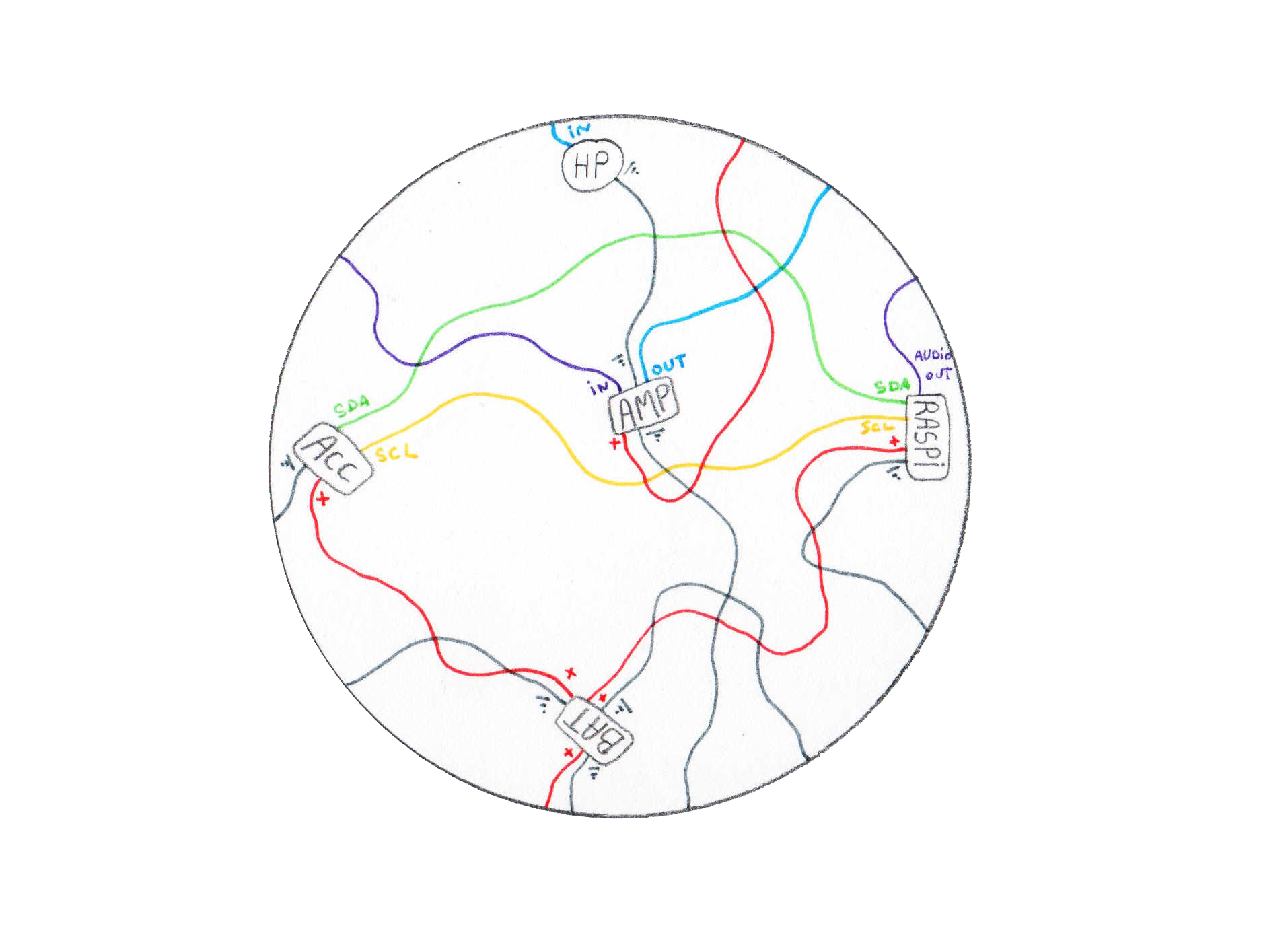