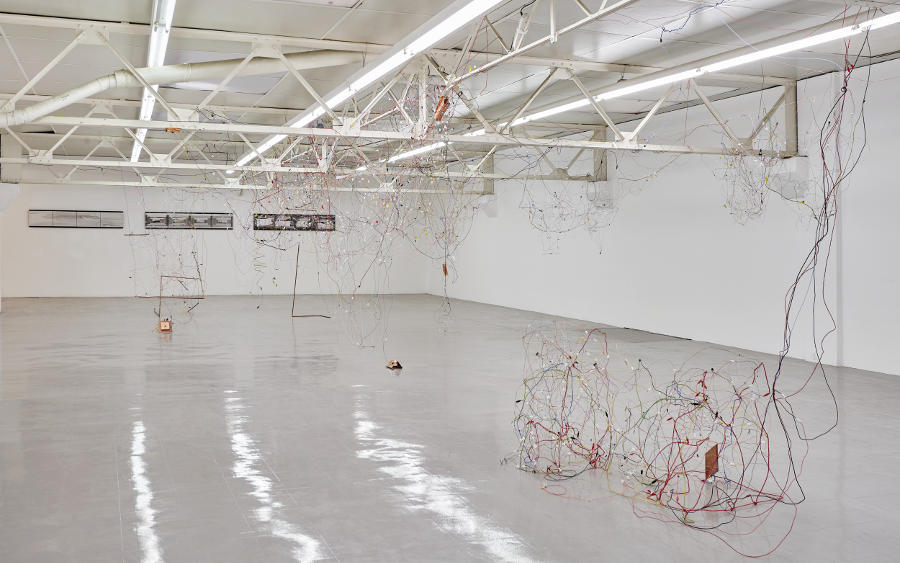 Unlike the printed circuit board, Li Spat Synth is a modeled circuit: the electrical conduction network is no longer bi but three dimensional.
Dozens of synthesizer schematics - from the most basic to the most complex - are realized using wires whose color corresponds to the value or the type of component that is welded to them. Everything is connected to a conductive architectural network.
The montages that take this form seem completely fanciful compared to the logic of electronic design whose miniaturization and the rationalization of space are the absolute rules.
In addition, differences in cable lengths, overly short circuits and other magnetic fields make the operation of the system unstable, although fully functional.
Small light sensors that replace the usual potentiometers synthesizers allow visitors to act as a disruptive element, their passages alter the device activity and therefore modulate the sound.
The result is a chaotic cacophony spatialized and orchestrated by human. 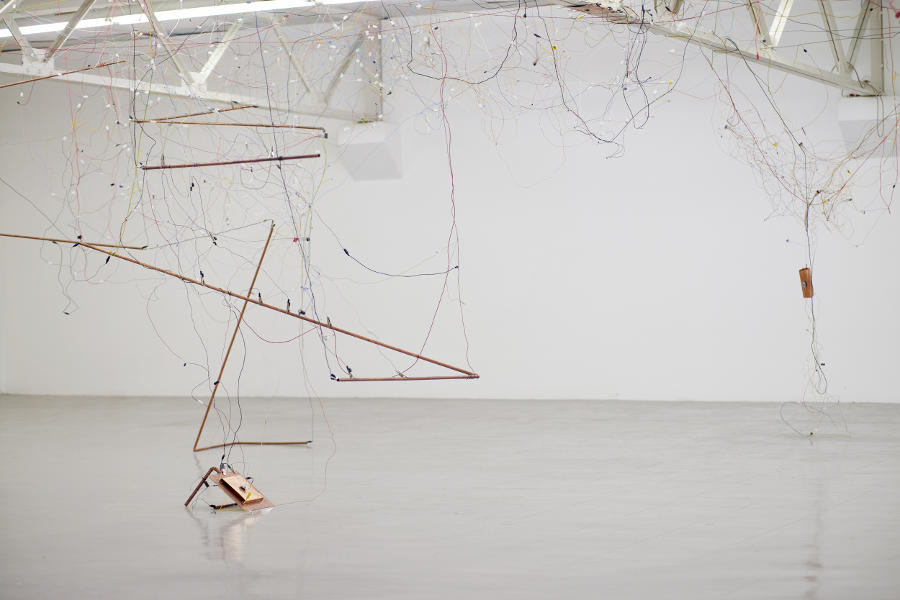 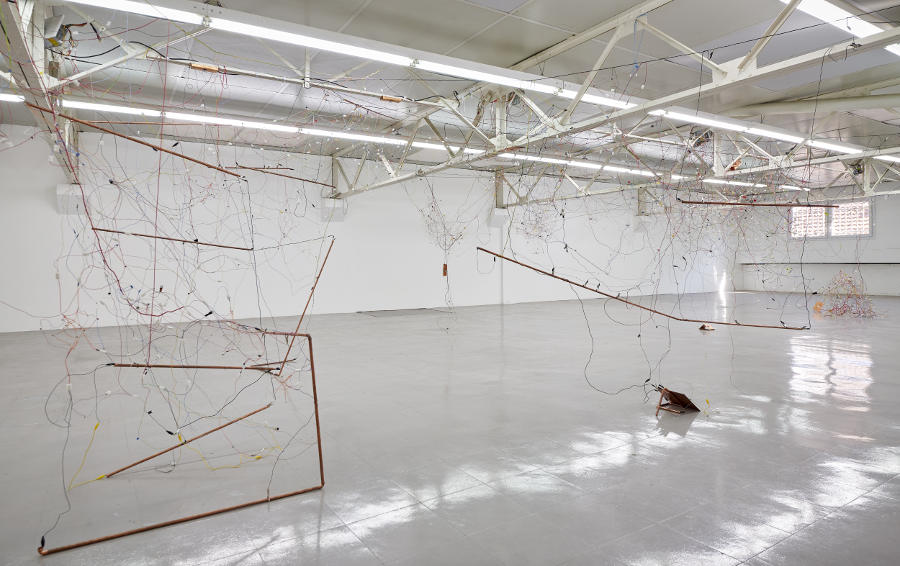 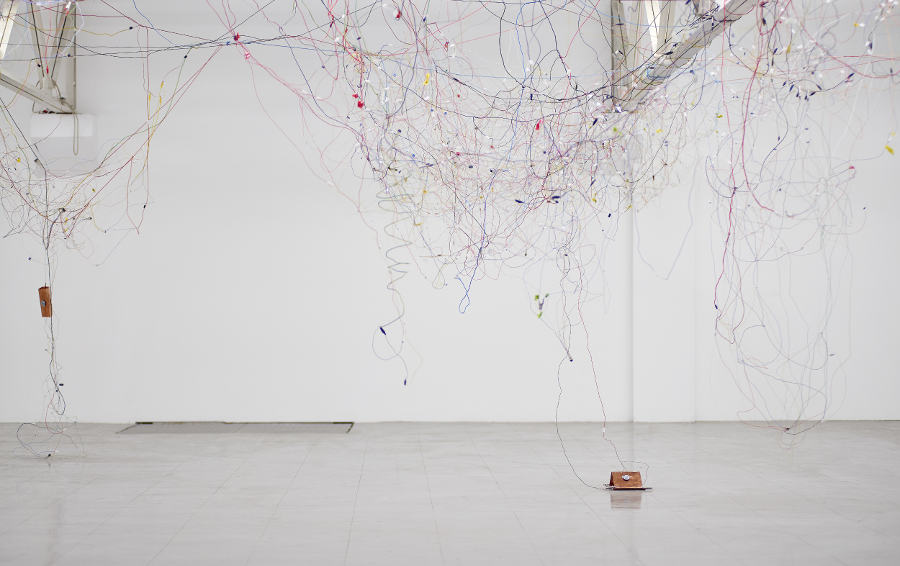 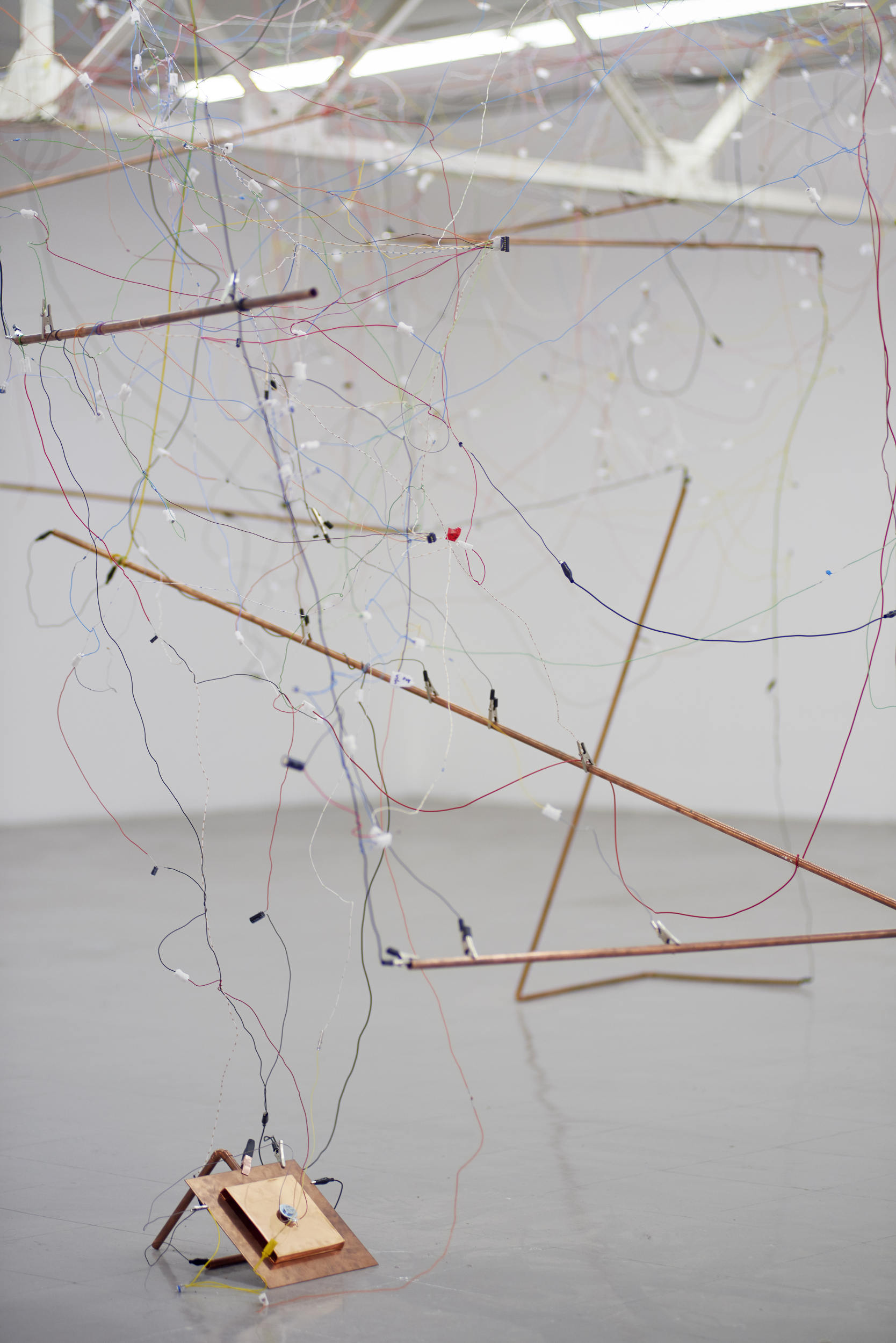 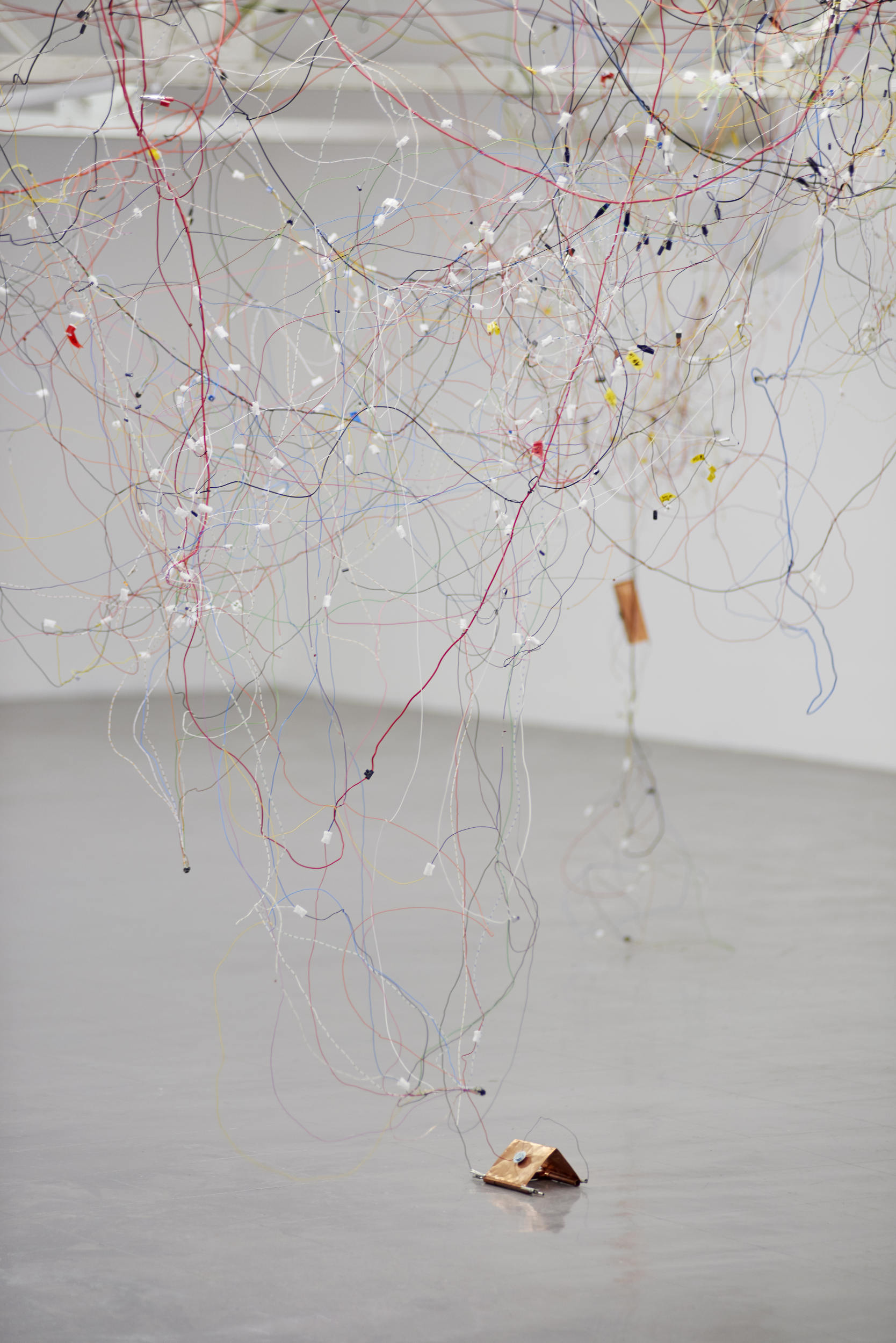